A Little A Bit Of History

How it all began

After several years battling illness, our founder, a 49 year old mother and business woman,  became motivated by a need to make a difference after reading an news article about a 2year old child with a terminal illness. She approached a young mum whom she thought might join her plans to run a campaign to raise money. Initially, the young mum said yes, but was not prepared to go bald and lose her luscious long locks for the cause. The grand plan was to gather 100 people and raise $100thousand  for Kids in Hospice Mid North. A big plan.

Making the commitment to go ahead if they could get 10 people signed up in a week, they posted on a local cafe  Facebook site. They had 12 signed up in 7days, so there was no backing out. Six weeks later they had enlisted volunteers, hairdressers, sponsors and the community at large. Ten hairdressers shaved 62 people completely bald on stage, and over $45thousand was raised. All that money was donated to Hospice for the Memory Making Moments project, supporting families facing very traumatic times. Not quite the target, but an extraordinary effort for a small town.

Oh, and the young mum with the long hair-yep, she went as bald as a baboon’s bum with her older friend, who’d found her new calling.

Since then, the Charity has grown organically and become a vehicle for community connectivity and good will (Manaakitanga and whanaungatanga). Registered with NZ Charities Services in 2013, and with dedicated Trustees and a handful of keen volunteers, they now run multiple projects supporting taitamariki (children and youth) in Northland, NZ.

A massive event in 2015 saw 462 heads shaved in one hour, raising over $65 thousand for Bald Angels Charitable Trust and earning a GUINNESS WORLD RECORD. https://www.baldangels.org.nz/big-head-shave-2015-gallery/

The name stuck, but the organisation is not just about sick or cancer kids; it’s about ALL kids in our own communities reaching their potential.

Northland does unfortunately have some of the worst statistics in the OECD for child poverty, rheumatic fever, hearing loss from untreated ear infections, and skin disease exacerbated by poverty and the sub tropical climate. It also has some of the highest incidences of youth suicide, truancy and youth unemployment. 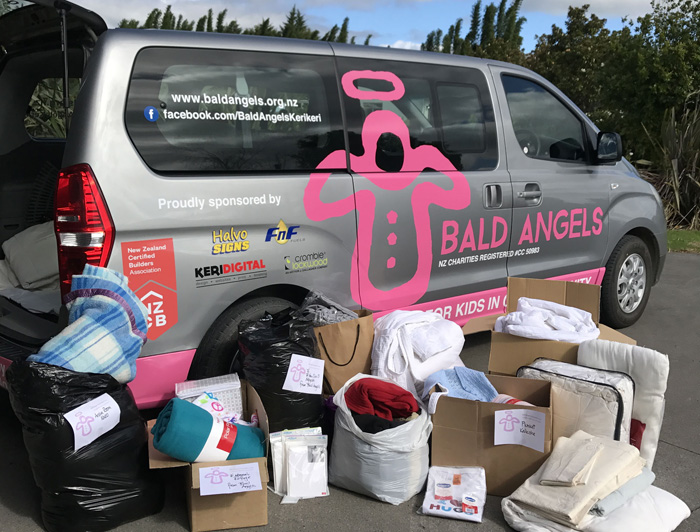 It just takes that one pebble to cause a big ripple

Get Involved - Nā tau rourou, nā taku rourou, ka ora ngā tamariki – With your food basket & my food basket, together we can make a difference for our children. 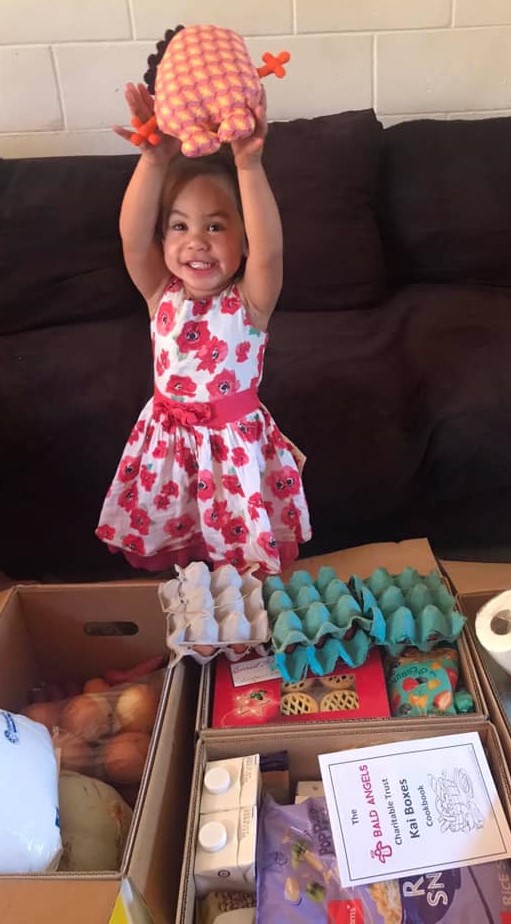 We Guarantee Your Donations Will Reach Tamariki in Need